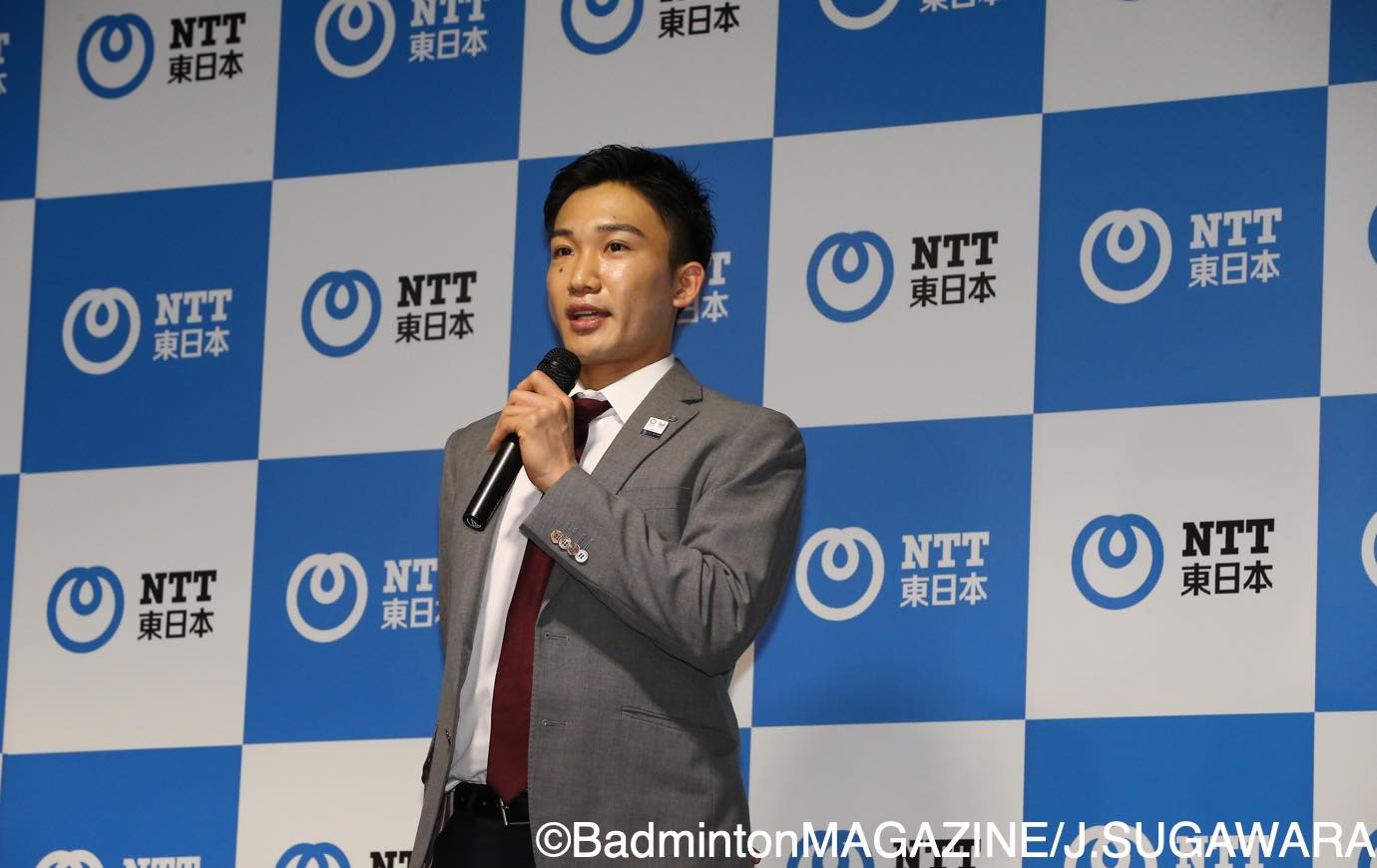 On March 6 (Fri), Kento Momota (NTT East), was involved in a traffic accident in Malaysia in January. After the accident, a press conference was held for the first time. Here we introduce Momota ‘s comments from the interview.

Momota: I had a traffic accident in January, but after surgery, I was able to join the team practice safely the other day. Also, I pray for the driver who passed away.I came here today, because I would like to thank everyone who gave me a lot of support and encouragement.

――At the practice, you said the shuttle looked double, but did you feel uncomfortable until then?

Momota: Sometimes the shuttle looked double, but as time passes, view got clear than before, so I thought it was OK. But after resume practice, it still looked weird, so I decided to recheck.

――What is the content of the rehabilitation? also, how do you feel returning to practice?

Momota:I had a re-examination and got permission to resume training.I can’t practice at a high pace but taking care of my body with the trainer, there is a sense of fulfillment and feeling that my body is coming back.

Momota:I would like to decide the game schedule in consultation with various people.The challenge in the future is that, when I stand on the court, even now, I want to move, so it is important to save energy.

――After overcoming the injury, finally returned to practice, please tell us your thoughts on the Tokyo Olympics at this moment?

――Before the Tokyo Olympics, were you worried that you could return to the competition?

I felt it. I didn’t know how long the surgery would take and would be really successful, or not and I was very lost in my choice of surgery or conservative treatment.Sometimes my heart was broken, but with all the support and words from many people, I decided to have surgery, heal well, and return to the court.

――As for the future, Nippon Badminton Association predict that, your return to the game will be Thomas Cup in May, but do you feel like you can play in the current situation?

Momota: In my feeling, I want to play a game as soon as possible. However, if I do so, I may get injured and may not be able to practice, so slowly, with a little extra, as before. I want to take this opportunity to work harder, to get stronger than before.